The ingredients: for 4 persons

Peal and grate the ginger. Chop the onion. Cut the garlic and chili very fine. Make a bundle of the stems of the green herbs.

Heat the oil in a baking pan and bake the meat on both sides until brown, adding salt & pepper. Add the onion and the garlic. After a couple of minutes, add the spices: red chili, cinnamon powder, cinnamon stick, ginger, the bay leaves, saffron, tagine herbs, and stir for about a minute.

Add the content of the pan in the tagine and add tomatoes on top, and the cubes of vegetable stock. Fill the tagine with water until the meat is covered. Dress the bundle of the stems in the stock. Close the tagine and put it in the oven. Check after about an hour how tender the meat is, but it is well possible that you will have to leave it 1,5 to 2 hours depending on the lamb.

While this is in the oven, peel the pears, remove the core and cut them in 4 pieces.

If you have the feeling the meat is just about tender, then take out the bundle of stems, dress the pears nicely on top of the meat. Add the lemon, the lemon juice and the honey. Close the lid again and cook 30 minutes in the oven until the pears are tender.

To serve: sprinkle the leaves of coriander, parsley and mint over the tagines’ content.

It is difficult to reproduce the same taste twice, all the ingredients (and there are many), especially the tagine herbs are distinctive for the recipe’s taste. But can you ever buy the same constellation twice?

Although I’m personally not a couscous lover, I must honestly confess, this recipe is by far the biggest taste sensation I know. 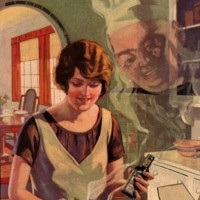 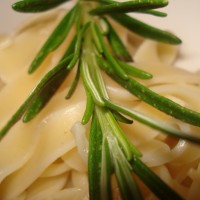